Najib was never a leader. He shuns competition and he he always expects everything to be served to him on a silver platter. I mean, what can u expect from someone who has been raised with a silver spoon fed into his mouth. At least, Dr. Mahathir was tested several times and won. But, Dr. Mahathir prefers the iron fist tactics to maintain his hegemony. Najib, on the other hand, needs to invoke and iron fist because without it, his reign will not last more than one term. Which segment of the Soceity Will Support Najib Now?His image is already tainted with corruption and abuse. That alone shuns the secular elements among the Malays and Non-Malays.
His personal life is laced with images rejected by all Islamists in Malaysia. So, Najib can say goodbye to the Islamist section of the society. It is hard for any Islamists to justify their support for Najib.Then, there is the Malay Nationalist, which is about the last bastion of Najib’s support. Other than them, there is hardly anyone who had the appetite to support Najib Tun Razak as the next Prime Minister of Malaysia.
Also, there are those among our society who calls themselves as businessmen. They are corrupted and they will give allegiance to anyone who will ensure them contracts and projects. This segment of the society Najib will try to woo as much as possible. That is the reason for his RM60bill stimulus package.
Back to our original topic, Najib now relies on iron fist policy of Dr. Mahathir to give a mirage of legitimacy on his rule. He knows, he is the least qualified for the position, but by applying iron fist tactics, he hopes to silence all credible opposition against his rule. For instance, he is aware that the public despises his illegal and immoral act of toppling the Perak Pakatan government. So, his next move is to stop circulation of Harakah, Suara Keadilan etc for about 3 months with hope that the kampong people will not have access to information and thus kampung people will stop questioning Najib’s legitimacy.Problem with Najib Applying this Particular TacticDr. Mahathir was lucky.
When he applied iron fist, he was on the back of an South East Asian economic resurgence. So, majority of the population does not mind their rights being trampled just as long as their pockets are full.But Najib is taking the country’s helm at a point where the world’s economy is facing a gloom outlook on the back of the catastrophic financial meltdown. Even in the West, things are not as optimistic as it looks and it will take years before the Western economy recovers from the financial meltdown.So, Malaysia will also suffer the same fate. We already know how Najib trying to introduce a stimulus package that sounded like a RM76 billion package, but turned out that the government only spends RM15 billion. In other words, Malaysia is running short of cash to spend, while the country’s economy is not getting anywhere to being better. Jobs are lost everyday, factories are closing down every month and people who use to thrive on high commodity prices are now suffering as cost to operate their plantations are going up while their revenue are nose diving.
To tell u the truth, the high price of Oil Palm and Rubber was the saving grace for UMNO is states like Negeri Sembilan and Pahang. If rubber and palm oil prices are they are right now back in March 2008, Negeri Sembilan would have fallen to Pakatan Rakyat with relative ease.In other words, the high price of rubber and palm oil saved Barisan Nasional in Negeri Sembilan.So, all of Najib’s iron fist initiative requires a “popular push” which Najib doesn’t seem to have up his sleeve.Plus, the inherent problem of corruption in the system will hamper any effort towards revitalizing the economy or at least prevents the good feeling effects among the electorates.
Corruption is something that Najib will never be able to curb because as of now Najib will require acts of corruption to maintain his base of support.So, the mass will not get that good feeling effect required for his iron fist initiative to be effective
What Should Pakatan Do?I think Pakatan should:
a. Get closer to the people, especially in states they control.
b.Continue on their offensive stance. Never waiver even a little bitc.
c.Capitalize on the inner break between the UMNO ranks.
d. Go ahead with the Sept 16 plans even though it’s been some time.
e. Clean all electoral rolls from unknown voters.
f. Create and pump-up existing alternative media
And many more. But the ones I listed above are the main ones that requires attention.
Posted by Tulang Besi at 10:13 AM
Posted by Tinta Hitam at 6:27 PM 2 comments: 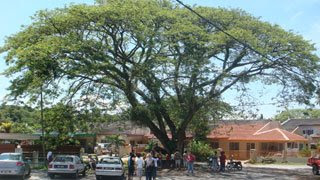 UMNO brutal crackdown on PPSMI protest had hammered the final nail on its coffin..It seem UMNO had totally lost it touch with the ground..Marie Antoinette Syndrome had crept deep in UMNO.They dont realised some of those who demonstrated were its supporters.

By now I believes UMNO had lost 90% of its middle class supporters.UMNO were alone now.Hiding itself behind security agencies and the Royals..How far and how long they want to hide themselves? Three by elections are on the way..They have to face the people..

Are they going to use the security apparatus to save their asses again???
Posted by Tinta Hitam at 7:11 AM No comments: 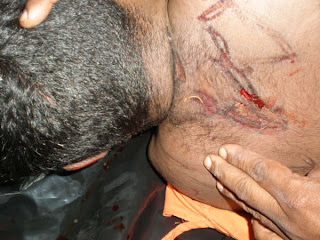 Posted by Tinta Hitam at 5:02 AM No comments:

Posted by Tinta Hitam at 2:59 AM No comments: 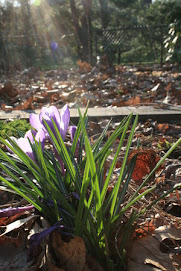